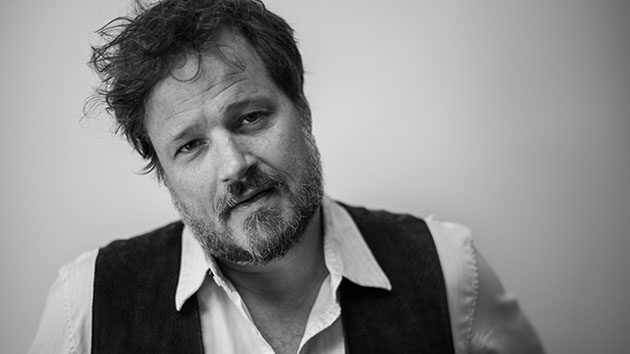 UFV is continuing its long association with the Harrison Festival of the Arts by presenting evening performances at the Harrison Memorial Hall on July 13 and 14.

On Mon, July 13, the Literary Café features Bookworm, a one-person play written and performed by Corin Raymond. The Literary Café is presented by UFV Continuing Education.

Bookworm is the story of a father reading to his son. It’s also about growing up in a library, Spiderman, Ray Bradbury, and meeting the Minotaur for the first time just outside Wawa. The play is an ode to books and everyone who loves them, and has been performed at Fringe Festivals across Canada, receiving rave reviews. Raymond is an artful and highly engaging storyteller, who utilizes music, words, and dramatic performance.

Raymond will also perform a selection of his songs, many of which have earned him a reputation as a source of great material for those who love to sing a good story. Enjoy an evening of artful and highly engaging storytelling and music

Tickets for the Literary Café are $12.

On Tuesday, July 14, two of the best shows from UFV’s Directors’ Theatre Festival will be reprised a two-for-the-price-of-one evening in Harrison Hot Springs.

Melissa Harris directs Zoo Story by Edward Albee. When two strangers meet in Central Park on a sunny Sunday afternoon, their worlds collide with a simple statement: ‘I’ve been to the zoo.’ You’ll laugh, you’ll cry, and most of all, you’ll wonder what really DID happen at the zoo.

On the same evening, director Gabriel Kirkley will present his version of Peter Fechter by Jordan Tannahill, winner of the 2014 Governor General’s Award for Drama. This is the true story of Peter Fechter, an adolescent from East Berlin shot while attempting to cross the Berlin Wall in 1962. From where Peter lies in the Death Strip, he can hear the lives of family, friends, and strangers unfolding in the city around him — dozens of converging narratives culminating in the moment of his death and illuminating his decision to risk it all for love.

Purchase tickets for these or other performances through the Harrison Festival of the Arts.