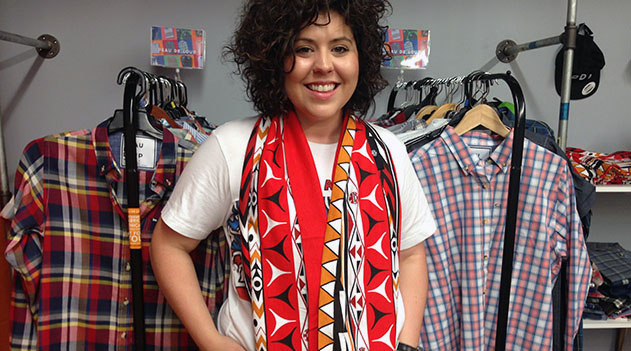 When Adelle Renaud watches the Canadian national women’s soccer team in its traveling gear, her heart swells with pride.

Like thousands of Canadians, she’s a huge fan and hoping for a long World Cup run, but she’s also thrilled to see her work on display whenever the national team struts into a tournament venue or a hops a flight to their next match. 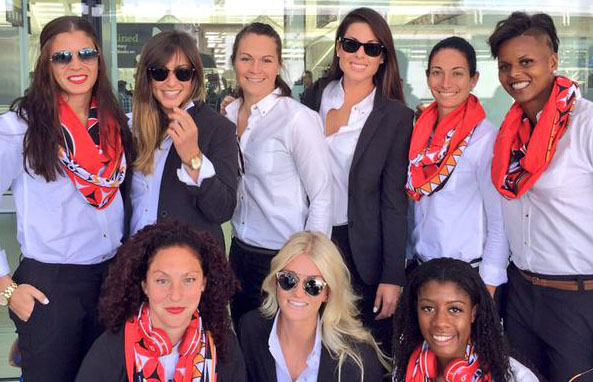 Renaud, a UFV Graphic and Digital Design program student and a Fashion Design alumna, is CEO of Peau de Loup, a women’s fashion design company. Peau de Loup’s core business consists of male-style shirts tailored to fit women’s bodies. Their main line is women’s button-down shirts, and their slogan is “we stole it from the boys and made it in a way to be proud!”

Recently Renaud’s focus has changed. She has expanded her line after being approached by her business partner, Canadian goalkeeper Erin McLeod, who was looking for a very professional and tailored look for the team to wear while traveling and making appearances. 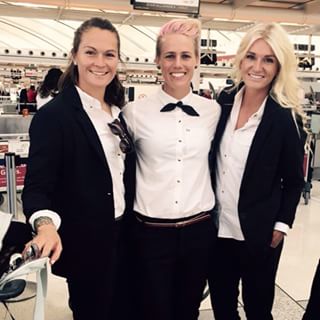 Renaud designed custom black suits and white oxford shirts for the team so they could travel in style. Topping off the look is the Unity Scarf, a red, white, black, and gold scarf with a Salish design on one side and a vibrant Canada logo on the other.

“We are honoured and excited to be part of this amazing moment in women’s history,” says Renaud. “I love sport, and how it brings people together, but this is about more than just soccer. This World Cup shows how women in sport are now recognized and respected on a global scale more than ever before.”

Renaud worked with Debra Sparrow of the Musqueam Nation to create the Salish design on the Unity Scarf.

“I am honoured to share these intricate designs with Peau de Loup for the national women’s team so that the world has an opportunity to see the relationship between all the people in Canada… I hold my hands up to all women athletes who have come to compete at the world level,” said Sparrow.

A graduate of Yale Secondary in Abbotsford, Renaud started at UFV in the mid-2000s and completed part of the Fashion Design program before starting to work in the industry. She returned to finish her diploma in the mid-2010s after discovering that many employers want a credential in addition to experience. She’s now pursuing the Graphic and Digital Design diploma at UFV’s Mission campus because “fashion design and graphic design go hand in hand.”

Peau de Loup is a company with heart and a social conscience. Part of the profits from every shirt sold go back to helping girls in Bangladesh.

Renaud was recently a guest on CBC TV’s Dragon’s Den, but can’t talk about results yet. She and McLeod were also featured on Global BC on June 25.

You can order your own Unity Scarf and other Peau de Loup Team Canada support items here.