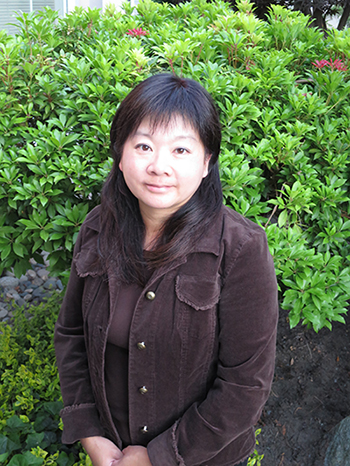 Natalie Ng had every right to be nervous.

Twenty years had passed since her last university experience, but volunteering at her children’s school library renewed a passion for learning. The Lower Mainland resident called around, finding what she wanted through an advisor at the University of the Fraser Valley.

“The kids were a bit perplexed, but they and my husband were very supportive,” she says.

Ng completed her program with a near-perfect final GPA of 4.20 and received her medal at the June 11 UFV Convocation ceremony.

The buzz of winning an award is entirely new to Ng, who quickly overcame trepidation to blossom into a star student.

“I was really nervous, but quickly got over that thanks to smaller, intimate classrooms and the fact the instructors have such great dedication and passion for teaching,” she says.

“I got the sense they were really into teaching us. It also helped to meet some like-minded people with similar interests who ended up being good friends of mine.”

Ironically, Ng doesn’t keep close tabs on her grades. Instead, she focuses on fully understanding course information before ascending to the next task.

“When I got interested in this, it became clear you couldn’t just walk into a library job, you needed some training and education. So I had to ask myself ‘do you want to spend two years of your life working on this?’” she says.

“It was way more information than I expected to get. Being a mature student helped me focus on the materials.”

Her advice for those following in her footsteps is simple: “Just be prepared to work hard,” she says.

Ng already started part-time library work and looks forward to her rewarding new career. But as she knows, even the trepid embark on exciting new adventures.