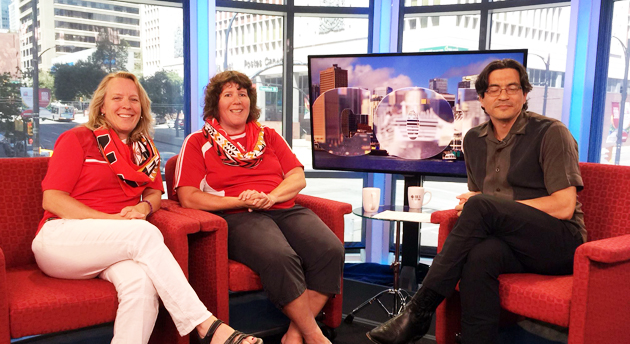 An assignment for a UFV Adult Education course led to a spot in the Coquitlam Sports Hall of Fame for UFV media and communications manager Anne Russell.

Russell, whose day job is to tell stories about UFV as part of the University Relations team, took the digital storytelling course offered by UFV’s Adult Ed degree program with a goal of improving her video skills.

“We needed to find a compelling story to share for our final video assignment, and with Canada hosting the FIFA World Cup in 2015, I decided to share my story of having been part of the first generation of girls to play soccer in British Columbia in the 197os and ’80s,. Some of my young classmates could not believe there was a time when girls did not play soccer,” Russell recalls.

“I had the lucky experience of being part of the first generation of girls to play organized soccer in B.C. Three teams from my Blue Mountain Soccer Club were among the first girls teams allowed to play in the elite Sun Tournament of Soccer Champsions in 1981 and we swept the top three divisions and dominated the allstar team. In many ways we set the stage for elite girls and women’s soccer in B.C. and had direct connections to the early days of the Canadian women’s national team.” 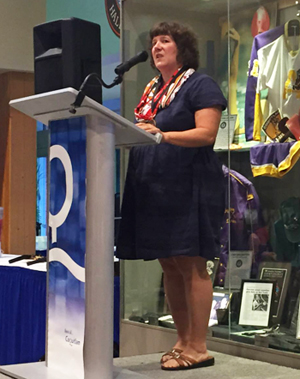 Russell used the video she produced for the digital storytelling course as collateral material for a nomination she prepared for the three teams for the Coquitlam Sport Hall of Fame. The nomination was successful and the teams were inducted on June 18.

The video also sparked media interest in the story of the early days of girls’ soccer, amidst the excitement surrounding the World Cup being hosted by Canada. Russell has appeared on CBC TV’s Our Vancouver talk show, Global BC1, and CBC Radio One’s Almanac, speaking about her experience as a B.C. girls’ soccer pioneer. Her video now has more than 1,500 views on You Tube.

“Not bad for a final assignment for a UFV course,” Russell quips. She thanks the Adult Education department and professor Ian Hunt for inspiring her, and director of communications Dave Pinton for vital technical support in the making of the video.

See the Pioneer Girls of the BC Soccer World video here: