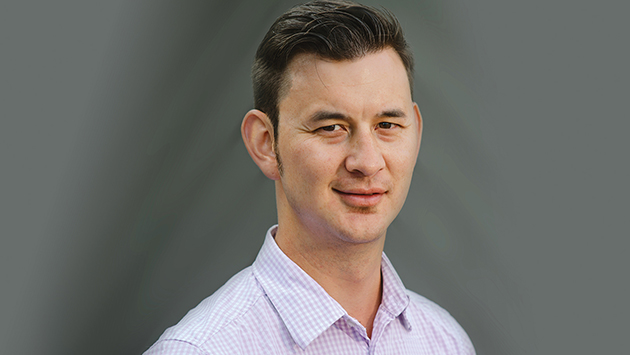 Jason Lum adhered to the “follow your interests” school of education when he was a UCFV student in the late 1990s and early 2000s.

While enrolled he took a little of everything, from theatre and sociology to First Nations studies, anthropology, and medieval history. He initially planned to be a teacher, so took a wide sample of course topics in order to prepare to shape young minds.

Then his life took a different turn, towards a successful career in business and politics.

While still in his 20s, he combined his technological savvy and entrepreneurial bent to found the Myriad technology consulting firm, a full service technology, sales, and creative design company headquartered in Chilliwack.

Jason is also dedicated to community service, and was elected to Chilliwack City Council at the age of 30 in 2011, gaining re-election for a second term in 2014.

He has also served as president of the Chilliwack Chamber of Commerce, and has a diverse history of volunteerism in the community. He is or has been a board member of the Chilliwack Economic Partners Corporation, Downtown BIA, Chilliwack Museum, and Chair of the Lower Mainland Economic Sustainability Panel, and the Stó:lō Development Corporation, as well as Vice Chair of the Fraser Valley Healthcare Foundation. Along with his work with the business community, Jason has also volunteered as a youth mentor with the Phoenix Program at Chilliwack Community Services. He is a member of the Mount Cheam Rotary Club.
Jason is currently the chair of the Mayor’s Transportation Advisory Committee, Vice Chairman of the Housing Committee, and an Executive Member of the Lower Mainland Local Government Association, and Acting Chair of the Fraser Valley Regional Hospital District Board.

Jason and his wife Sheila, a youth development worker, share their home in Yarrow with one dog, two cats, and three goldfish. When not working or volunteering in the community Jason can usually be found in his backyard garden.

Still on his to-do list is returning to UFV to continue his education.

“I still consider myself a student and want to return to finish a credential one day,” he says. “I will come back to take more courses. There is no better place to obtain the basics of a post-secondary education.

“UFV was a good introduction to the broader community for me. The diversity of people, and the skills I picked up served me well as I developed my business and my political career. These include communications, organization, presentation skills, basics of business, and the confidence gained through being on stage in theatre.”

Jason particularly likes returning to campus for events like the annual agriculture tour and building openings.

“It’s a very easy to be a cheerleader for UFV.”

— with notes from Jason’s Linked In profile and www.jasonlum.ca