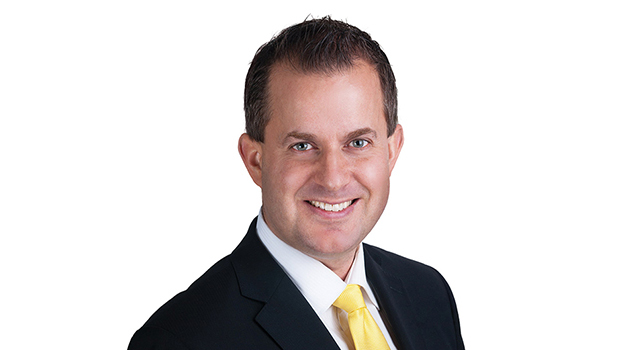 David Lanphear, a VP at Envision Financial, is one of UFV’s Top 40 Alumni.

David Lanphear loves a good run, whether along the streets near his Eagle Mountain home in Abbotsford, or down Whistler’s winding slopes. But when it comes to work, his feet dig in until the job’s complete and clients are exceptionally satisfied.

As Vice-President, Banking and Insurance Services, Dave is responsible for the financial performance, leadership and overall strategic direction of Envision Financial’s banking and insurance teams. Known for his strong leadership skills and ability to inspire, the 17-year veteran launched his career after earning a UFV degree in Criminal Justice.

Now a Top 40 Alumni, he remembers his days as a student clearly, and credits time at UFV for setting the stage for his success.

“I really enjoyed the opportunity to stay local for my education and to live at home for much of my final years at school. I finished university with no student loans and was better able to set myself up for success moving into the work force because of this,” he said.

“UFV allowed me to be educated by top quality instructors, who were real people with real life and work place experience in a small classroom environment to create a great learning environment.”

In addition to his UFV degree, he’s also a certified financial planner. In 2008 and 2010 David was awarded Envision Financial’s CEO’s Award of Excellence. In 2008, he received the National Young Leader Award (under 35) for the Canadian Credit Union System.

Dave serves as a board member on the Abbotsford Community Foundation and is the former president of Big Brothers and Big Sisters of Langley.

He centres three generations of Lanphear men while coaching his son’s Abbotsford minor hockey team with his own father serving as assistant coach.

It’s that commitment to community that makes Dave especially happy to be among the UFV’s Top 40 Alumni.

“I am proud to be named to this group because my roots are here in the Fraser Valley. I am raising my family in Abbotsford so it means a lot to be recognized by UFV, as I am building my career in the same community where I went to university and where I still reside.”

Dave is a proud Abbotsford resident with a six-year-old daughter, nine-year-old son, and wife of 11 years, Wendy.