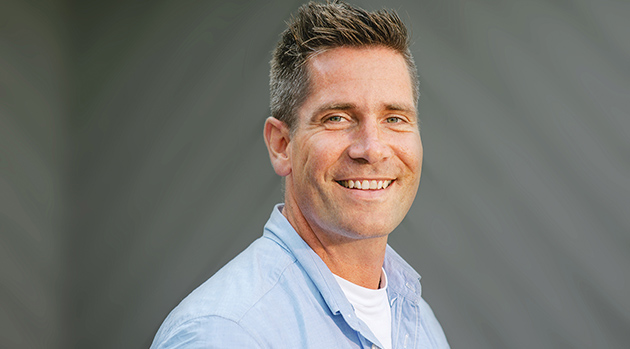 Ken Hildebrandt enjoyed his theatre studies so much that he put them to good use before he even graduated.

A protégé of Ian Fenwick and the rest of the UFV Theatre department, Hildebrandt thought it would be “cool to have my own theatre company.”

While still attending UFV (then UCFV) he started Gallery 7 in Abbotsford, modelling it on UFV Theatre.

Gallery 7 has now been in existence since 1991, has more than 70 productions to its name and offers annual drama camps for youth. While it is a non-profit organization, Hildebrandt has built his career as its executive artistic director.

He has also worked as a youth pastor and employment counsellor but Gallery 7 is now his full-time occupation, and he says that makes him “the luckiest guy in the world.”

Gallery 7 is a full-time faith-based theatre company producing entertaining and thought-provoking plays that stir the heart, stimulate the mind and elevate the soul. The productions are the result of a collaborative fusion between the expertise of professional artists and the raw passion and talent of the recreational artist, according to Ken.

In addition to managing the organization, Ken occasionally directs, acts, or does lighting design.

His directing credits include Driving Miss Daisy, The Importance of Being Earnest, William Golding’s Lord of the Flies and the Canadian amateur premier of Swallows and Amazons. Acting projects include Macbeth for UFV Theatre and Tuesdays with Morrie, which played at both Gallery 7 Theatre and at Pacific Theatre in Vancouver, BC.

An award-winning lighting designer, Ken’s designs include Hamlet (UFV), The Fantasticks, Mary’s Wedding, The Adventures of Tom Sawyer and The Hiding Place. When not doing theatre, he enjoys announcing at airshows, and flying airplanes.

“I am passionate about the power of theatre to engage, entertain and provoke thought, and am especially passionate about Gallery 7 Theatre’s mandate to explore the spiritual, relational and social aspects of the human experience with a vision towards hope, reconciliation and redemption,” he notes.

Ken was raised on a chicken and raspberry farm, and saw his first play when he was around 10 years old.

“I thought it would be cool to be up there making the audience laugh.”

He worked on high school productions at Mennonite Educational Institute and was hooked. Studying theatre at UFV gave him the expertise he needed to launch his own company.

As for being one of UFV’s Top 40: “UFV has had thousands of graduates, so I am humbled and honoured to be chosen as one of the Top 40.”