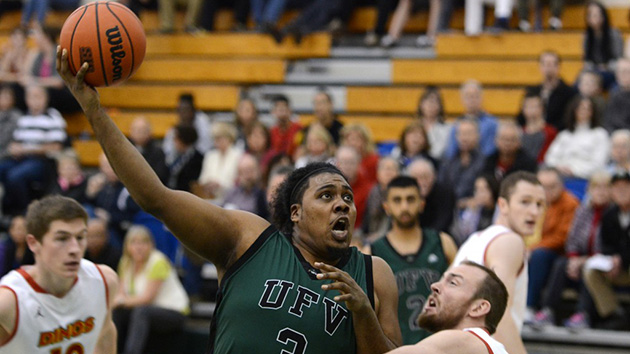 The Cascades punched their ticket on Saturday evening at the Envision Athletic Centre, beating the Calgary Dinos 72-65 to complete a two-game sweep of their best-of-three quarter-final series.

UFV, coming off a 78-71 win on Friday, looked to have Game 2 well in hand – they led by 23 points (54-31) with less than three minutes remaining in the third quarter after Manny Dulay swished a three-pointer. But the Dinos clawed nearly all the way back, drawing to within 67-65 after Jhony Verrone made a layup with 1:27 left in regulation.