Most of us know that Canadian, British, Australian, and eventually American troops fought in the First World War. But we don’t always think of soldiers from other colonies that saw action in Europe, Africa and Asia to support Great Britain’s war efforts. 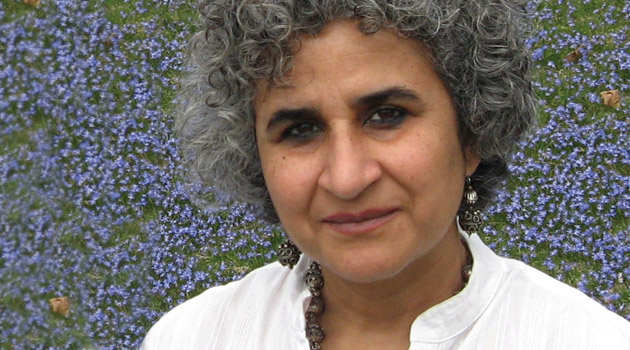 When UFV English professor Prabhjot Parmar compares the rich sense of history associated with other nations’ war experience to the cultural awareness of the Indian contribution, she finds the latter lacking. Many people, even those living in India and the Indian diaspora, are unaware of the efforts and sacrifices made by Indian soldiers, she says.

As part of the UFV Research Lecture Series, Dr. Parmar will speak about her research into the Indian war experience, as portrayed in letters home from Indian soldiers and other literature. She will speak at UFV on Wed, Nov 5 at 4:30 pm in the lecture theatre (B101) on the Abbotsford campus. Admission is free and the public is welcome.

Parmar grew up in a military family in India, living in various army towns. As a voracious reader, she would work her way through books on military history, and, at a young age, became aware of the Indian contribution to the Great War.

When she moved to Canada, she was surprised and appalled when Sikh veterans were not allowed to enter the Newton Legion Hall wearing turbans after the Remembrance Day parade in the early 1990s.

“The ignorance surprised me and propelled me in to doing something to raise awareness about the Indian contribution to the war. India had a large standing army when the war broke out; in addition, many poor responded to the call to recruit because of the incentives offered.”

She further adds, “By September 26, 1914, two divisions of Indian soldiers had already landed in Marseilles, just as their fellow countrymen on board the Komagata Maru were returning to India after being denied entry into Canada. So while Indians were desired as fighting soldiers, they were being scorned in other parts of the empire.”

Parmar conducted her research into the Indian experience of WWI as part of her post-doctoral research, supported by grants from the Social Sciences and Humanities Research Council of Canada and Shastri-Indo Canadian Institute.

By travelling to England and examining some of the thousands of letters written by Indian soldiers that were subjected to military censorship, Parmar has brought to life the experiences of a war fought a century ago.

“The letters serve as socio-narratives of the soldiers’ experiences,” she says. “Issues reflected include loyalty to King George V, violence, kinship, and discrimination. There were also letters of longing—for home, their mothers, their wives.”

Parmar will examine these selected “memory traces from the past” (Marianne Hirsch) as literary artifacts and as social history to unravel insights into text and extra-textual reality, war and violence, and oppression and resistance. She will also analyze fictionalized texts to study the intersection of history, testimony, and literary traditions.

Exploring the narrative of “birhon” (pain of separation), she will also discuss the enduring legacy of love, trauma and the Great War in Punjabi poetry that disrupts the largely masculine narrative to draw attention to the devastating impact of war on women at home in India.

“I am looking forward to speaking on this subject not only because of the research I have undertaken, but also because of the importance of shedding light on experiences that have previously been overlooked. The archive of letters allows us to take a peek into the lives of these soldiers who went to fight in a war so far from home.”