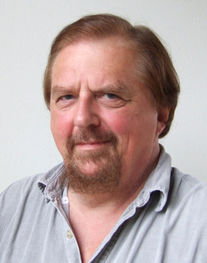 Gwynne Dyer to speak at UFV Oct. 22 on What the First World War Taught Us

Beginning at 5:30 p.m. in the Abbotsford campus lecture theatre (B101), Dyer’s presentation looks back 100 years, when Canada sent hundreds of thousands of soldiers overseas to fight in a war that he feels didn’t threaten Canadians in any way.

“Almost a quarter of those soldiers were killed or wounded,” notes Dyer in his lecture synopsis. “In a country that then had only eight million people, the tragedy left scars that never really healed. Our attitudes to war and our whole foreign policy are still shaped, for good and for ill, by the First World War, and it’s high time to reconsider them.”

Dyer has worked as a columnist, broadcaster and lecturer on international affairs for more than 20 years, but he was originally trained as a historian. Born in Newfoundland, he received degrees from Canadian, American, and British universities, finishing with a PhD in Military and Middle Eastern History from the University of London. He served in three navies and held academic appointments at the Royal Military Academy Sandhurst and Oxford University before launching his twice-weekly column on international affairs, which is published by more than 175 papers in 45 countries.

Dyer’s lecture is presented by UFV’s College of Arts.