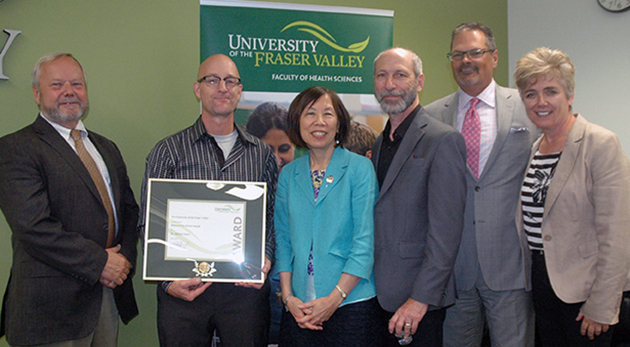 Dr. Michael Gaetz of UFV’s Kinesiology and Physical Education department is the 2014 recipient of the UFV Research Excellence award.

He was supposed to be recognized for research excellence in front of thousands at UFV’s annual convocation ceremonies. Ironically, Gaetz was away conducting research with the Canadian Navy at the time, and was unable to attend the ceremony. Not wanting his achievement to go unheralded, the university arranged a small recognition ceremony for Gaetz upon his return.

Gaetz was recognized with the 2014 UFV Research Excellence award for several research initiatives in which he partnered with other academic departments and community agencies to conduct scientific research. His projects have focused on keeping the population healthy, raising healthier kids, and helping the elderly stay healthy longer through well-planned physical activity.

Read the full story on his work and award here. 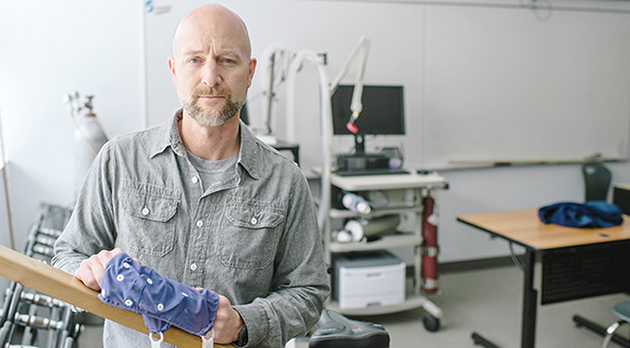