Through this free-of-charge publication, authors Paul Maxim, Len Garis, and Darryl Plecas explore the what, why, and how of evidence-based decision making.

The manual is the result of a partnership between the City of Surrey, the University of the Fraser Valley, and the federal Canadian Safety and Security program. Co-authors Maxim, Garis, and Plecas have a shared interest in addressing public safety challenges through evidence-based decision making. 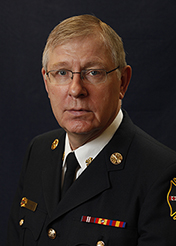 Published in March 2014,the manual strips decisions down to their basics, providing senior fire officials with an effective tool to help them justify a particular approach or choice. Readers are guided through the process of finding and using information and conducting the research needed to make evidence-based decisions, and then positioning their decisions in a way that will convince others of their merit.

Increasingly, decision makers in the fire service and municipal government are being asked to base significant decisions on hard evidence. Gone are the days – if they ever existed – where government and taxpayers take a request for more equipment or personnel at face value.

Evidence-based decision making is the key to navigating this new reality. As the authors point out, policies and programs that are not guided by sound evidence frequently cost too much, waste resources, and yield poor or unknown results. As well, those in charge of approving fire department budgets may not support requests that lack compelling evidence. On the other hand, evidence-based decisions often produce better results, which can increase a department’s credibility and support.

The authors are now developing a companion workbook that will take senior fire officers step-by-step through the elements of the decision-making process. The workbook is expected to be released through UFV by the summer of 2014.

The Right Decision may be downloaded for free from the Centre for Public Safety and Criminal Justice Research website at http://www.ufv.ca/right-decision.