David McGuire joined the University of the Fraser Valley in the position of executive director of UFV International, effective June 1, 2013.

McGuire brings a breadth of experience in international education to UFV. His early career includes over 10 years living and working in Korea, first as a college and university instructor and then expanding into recruitment and program coordination. 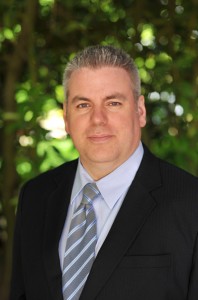 “In addition to his broad-based range of experience as a recruiter, administrator and leader, David brings a passion for international education. We look forward to welcoming him to the campus in June,” said Peter Geller, UFV vice provost and associate vice president academic.

“I would like to thank the selection advisory committee members for the time and commitment they put into the search process, and for their thoughtful and considered approach throughout.

“As well, I would like to acknowledge the exemplary service performed by Ora Steyn, who has filled in as interim executive director, UFV International.”

UFV’s International Education department started with two employees and less than a dozen students in the late 1980s. It now serves over 800 students per year. Founding director Karola Stinson retired from the position in 2012.

McGuire says his international experience has prepared him to represent UFV well in a variety of cultures and settings, and that he’s looking forward to being an ambassador for UFV both abroad and at home.

“I like to truly promote the idea of the global village, and enjoy talking to Canadians about international topics,” he said. “And working in the international education field is very rewarding. Every day is new and different. You get to talk to people from around the world and make friends from dozens of different countries. And you get to help form the future of new Canadians, since many international students stay on to build their lives in Canada.”

He has travelled widely, including to Asia and the Middle East, and lived in Korea for 11 years. His wife Sangsoon, who became a Canadian citizen recently, is originally from Korea. They have two children, Noah and Sarah.

One Response to David McGuire new head of UFV International