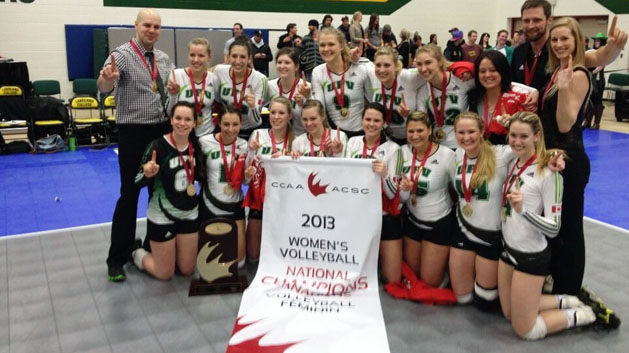 The UFV Cascades women’s volleyball team are national collegiate champions! They defeated the host Lakeland Rustlers 3-0 to capture the 2013 CCAA national championship in Lloydminster, Saskatchewan. The title is the school’s first in the program’s history. The set scores in Saturday’s final were 25-12, 25-10 and 25-20.

The Cascades arrived home to Abbotsford Airport at around 4:20 Sunday afternoon.

UFV has had men’s and women’s volleyball teams competing in the Canadian Collegiate Athletic Association since 2004.