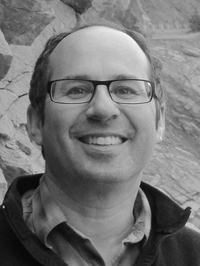 Please join us at 4:30 for refreshments in the foyer by the lecture theatre. The presentation will begin at 5 pm.

Featuring excerpts from Romance of the Far Fur Country, produced by the Hudson’s Bay Company in 1920, and recently rediscovered and re-edited by filmmaker Kevin Nikkel and historian Peter Geller. There will be a panel with Kevin Nikkel and Trevor Isaac of the U’Mista Cultural Society, Alert Bay.

Sponsored by the College of the Arts and the Office of the Vice-Provost.

Read more about the project here:

Dr. Peter Geller, UFV’s Vice Provost and Associate Vice-President Academic, visited London in 1996 on a hunch. Lucky for both him and his research, his gut feeling turned out to be correct.

“While most people go to London to see the sights and watch the theatre, I sat in an archive and watched a film,” he says with a laugh.

That film was The Romance of the Far Fur Country, a silent documentary shot by filmmakers hired by the Hudson’s Bay Company (HBC). The silent documentary was filmed in 1919, premiered to a Winnipeg audience in 1920 in honour of the HBC’s 250th anniversary, but then fell out of the public eye.

Geller, however, suspected the reels might be housed in the National Film and Television Archives at the British Film Institute. Sure enough, upon his arrival in London, he was able to track down the film in the archives. The only problem? It was far from a finished film: the footage was completely out of order.

Geller’s research has long revolved around the visual history of the Canadian North, which this film fit into perfectly. After watching and studying the footage in London, he included a chapter about The Romance of the Far Fur Country in his 2004 book, Northern Exposures: Photographing and Filming the Canadian North, 1920-1945.

Spurred by the interest of Geller and filmmaker Kevin Nikkel, the footage was returned from Britain to the HBC Archives in Manitoba earlier this year. The footage was digitized prior to its return to Canada in the fall. 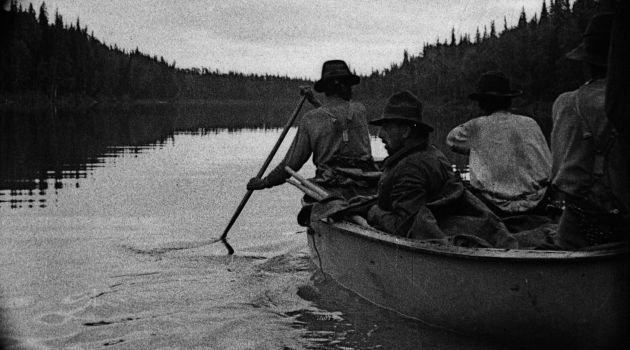 But their work didn’t end there. Now captivated by the film footage, Geller and Nikkel have been working together to piece the film back into some kind of order so it can once again be shown to a Canadian audience.

“There is eight hours of raw footage, which the original filmmakers edited into a two-hour-long documentary,” Geller notes. “The footage we found in the London archive isn’t the final film — it’s a jumble of images and out of order captions. There’s a lot of work to be done to piece it back together.”

The team has now assembled the footage into a 30 minute film, which is being shown across Canada in the coming months. It’s already played in Winnipeg, Ottawa, Montreal, Edmonton and several communities in northern Alberta, including Fort Chipewyan, and is coming to Vancouver on July 31. After that, it will travel to Victoria and onto Alert Bay.

Geller says he hopes to help bring the film to as many communities as possible — especially the communities the original film team visited in 1919.

“We’re basically retracing the steps of the film. We’re making an effort to return the footage to the communities, since it was never screened in the communities it was shot,” Geller explains. “It’s this huge, cross-Canada odyssey, and we want to connect that back to its roots.”

The original film crew started in Montreal, travelled up the St. Lawrence to Labrador, up to what is now Nunavut, into northern Ontario, and then over to northern Alberta, and finally over and up the sunshine coast to Alert Bay. Geller and Nikkel hope to follow at least some of that journey.

“It’s a fascinating film that helped to draw Canada together,” Geller says. “The HBC hoped to show how they, as a company, had helped bind Canada together — connecting Inuit and other northern Aboriginal peoples to traders and city dwellers like the original Winnipeg audience. For the Hudson’s Bay Company, it was a celebration of its history and showed the audience the variety of culture across Canada. And as a document of its time, it is important to recognize how the film is a part of the history of colonization, and both presented and shaped stereotypical views of Aboriginal people.”