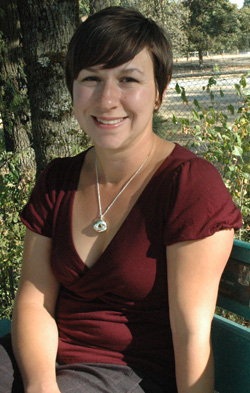 Radio, TV, newspapers, and social media users across Canada and around the world have been reporting on the grassroots movement known as Idle No More, a response to the exploitations of treaty rights across Canada. In April of 2012, UFV theatre instructor Heather Davis-Fisch, who joined UFV in 2011, chose the play Ernestine Shuswap Gets her Trout by Tomson Highway for her UFV directional debut in winter 2013, not thinking that it would launch in the midst of a maelstrom of fiery debate about Aboriginal issues. As the play lands on stage at UFV’s performance theatre, it is more timely than anyone had anticipated, debuting as it does just as the Idle No More movement is running full steam.

“The show has become very timely,” says Davis-Fisch.  “We picked the show because although it is set in 1910, the questions in the play are contemporary questions.” Ernestine Shuswap Gets Her Trout is about four Aboriginal women who are dealing with many of the same issues that are currently at the forefront in Canada. Problems regarding rights connected to land, fishing, and language are topics that  are highlighted in the play (set in 1910 but covering a century of relations between Aboriginal people and European settlers in Canada), but are relevant to the stories on the six o’clock news  and the lives of many Aboriginal people.

Whenever anyone chooses to complete a work of art that addresses issues of human rights, there is a certain amount of sensitivity that comes with the project, especially when casting actors. Davis-Fisch and her assistant compiled the exact same list for callbacks after the auditions, which made the decisions easier for them. “We are a university theatre program that gives priority to casting our program students,” notes Davis-Fisch, “so we were in a position where we ended up casting one Aboriginal actress and three non-Aboriginal actresses.”

Playwright Tomson Highway is comfortable with his work being performed by non-Indigenous actors, notes Davis-Fisch. “During callbacks we talked a lot about the cultural issues in the play, particularly with the non-Aboriginal actresses,” she says, also noting that Aboriginal students are involved in the production as designers and crew.

“The play has become a part of a conversation in Chilliwack,” Davis-Fisch says after its first weekend of shows, noting that the UFV Theatre department has received an increase in Twitter followers over the past week. As audience members were leaving the preview performances, crew from the theatre department overheard guests saying, “Stephen Harper should see this play,” implying that people are noticing the parallels between the play and the issues in the Idle No More movement. Davis-Fisch joked with her team about replacing an image of Wilfred Laurier that appears in the play with an image of Stephen Harper. “He is the man who can address the grievances in the play and the grievances of Idle No More,” notes Davis-Fisch.

Ernestine Shuswap Gets her Trout runs from January 9 to 27 at the UFV Chilliwack performance theatre on Yale Road. It is an opportunity to see a piece of art that also reflects many of the issues that are currently going on across Canada. According to Davis-Fisch, there is a main message to drive home: “The problems that the characters face are not done.”

To get tickets to Ernestine Shuswap Gets her Trout, contact the UFV Theatre department at 604-795-2814 or email theatre@ufv.ca  .