University students aren’t just people who sit in a classroom a few hours a week, write assignments, and study for exams.

They are human beings with complex lives outside the classroom, juggling relationships, family, part-time work, financial issues, and the challenges that come with trying to balance all of that. And they like to have a little fun while they’re at it. 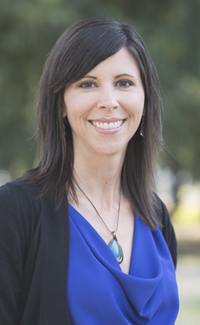 That’s the way that Jody Gordon, the newly hired Vice President of Students at the University of the Fraser Valley, thinks about the student population that she is mandated to support.

Gordon came to UFV from Kwantlen Polytechnic University, where she was Associate Vice President, Students, and an adjunct instructor in the Criminology department. She holds BA and MA degrees in criminology from Simon Fraser University and a certificate in executive leadership and management from WACUBO at Stanford University.

Her decision to come to UFV was inspired in part by the chance to advocate for students at the highest executive level.

“President Mark Evered deliberately placed the role at the vice president level. It was important to him that student voices be represented at the executive level and that appealed to me.”

She sees her role as being one of facilitating student life, student engagement, and student development.

“I think of my role as providing a bridge between the area of student services and the academic world,” she says.  “There are so many types of support available, but students don’t always know about them. It’s important for the university to be proactive and through an early alert referral system so that students can get the help they need as quickly as possible. We need to ask why they are not being successful. Is it because they can’t afford the textbook and are falling behind in their readings? Well, a faculty member can’t solve that but they can help identify the challenge and refer the student so that Financial Aid can assist.”

Student engagement can take many forms.

“The more a student is involved and engaged outside the classroom, the more successful they will be in classroom setting,” she says.  “Students spend so little of their time actually sitting in class, and so much time outside of class. Whether it’s being involved in student government, varsity athletics or intramurals, clubs, or volunteering at student orientation, or participating in work-integrated learning opportunities, these activities allow students to both give back to their university community and develop their skills, abilities, and leadership tendencies.”

Even those who don’t participate in extracurricular activities grow and develop as they progress through their studies, and the departments within Gordon’s portfolio play an important role in this process.

“Our educational advisors can help students find their academic pathway and make sure they’re taking the right prerequisites. Our Career Centre can help tie students’ aspirations to an eventual career through co-operative education and other services, and our counsellors can help them with personal and academic issues, and help them to develop study skills and cope with challenges such as exam anxiety.”

“Financial Aid can help ensure that students can continue to develop without funding being an impossible burden, the Writing Centre can help students develop as critical writers, Disability Services can support students with disabilities so they can be successful. All these areas, and ones that I haven’t mentioned, overlap to support the whole student and provide pathways to hope. If a student fails a midterm or runs out of funds we don’t want them to give up, we want to provide the help they need to succeed.”

If you’d asked Gordon what she wanted to do for a career when she was a 20-year-old undergraduate, she probably wouldn’t have dreamed up Vice President, Students at a major university as her eventual title. But if you’d showed her the crystal ball predicting this, she wouldn’t have been too surprised.

“By my third year of university I was a residence advisor and peer academic advisor at SFU, so I guess my career path did start there. I just didn’t realize it at the time.”

In addition to a career journey that took her from academic advisor, associate registrar, and associate VP positions at Simon Fraser and Kwantlen up to her vice president posting at UFV, Gordon has had the opportunity to teach.

“Being able to teach gave me the best of both worlds. I was able to meet students in the classroom environment, but I also enjoyed the sphere of influence in the student services world, in that there are so many ways we can reach out and help students.”

Gordon is a regular contributor to conferences and association meetings, in areas such as strategic enrolment management and support for student success.

She lives with her partner John (a lawyer) in White Rock and is active in the White Rock Millennium Rotary Club there. She is an avid Canucks fan, so much so that her Twitter handle is @jodyloveshockey. She is quickly integrating herself into the UFV community, and has enjoyed several Cascades athletic events already. Originally from Brampton, Ontario, she has resided in British Columbia since coming out to attend university in 1987.