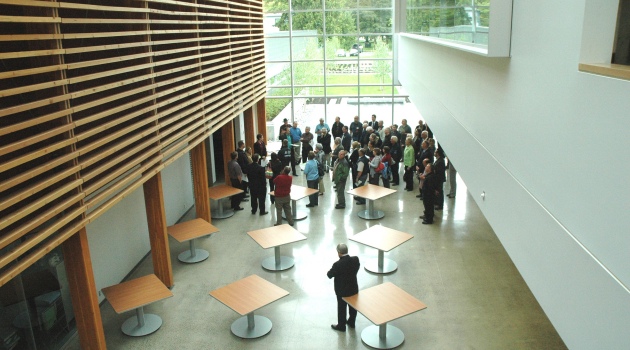 1997 — UFV (then UCFV) commissions study for an International Centre on former base lands.

October, 2004 — Letter of intent between CEPCO and UCFV re: Ed Park Development Agreement.

January 2007 — UCFV receives $29 million from the provincial government for the purchase of 80+ acres within the Canada Education Park. $7.6 million was provided for the purchase of land with $21.6M being delivered for the renovation of an existing 104,000 square foot building, which is now the new UCFV Trades & Technology Centre.

May 7, 2012 — Employees and services begin the big move to the new building.

This timeline originally appeared as part of UFV on the Move in the Chilliwack Progress.

An introduction to CEP: stops on a tour of UFV’s new building
A new campus with a health and wellness focus