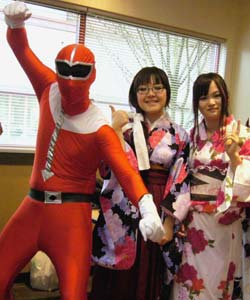 The UFV Japanese Student Club marked the first anniversary of the great Japan earthquake and tsunami by organizing a Love for Japan fundraising dinner on April 11, 2012.

On March 12, 2012, in Vancouver, the consulate General of Japan in cooperation with the Canadian Red Cross held a reception and photography exhibition to thank supporters who mobilized to help in the wake of the disaster. Michelle Rickaby, UFV Volunteer to Work coordinator, attended the event on behalf of UFV.

“In 2011, UFV students raised $2,343 to donate to the Canadian Red Cross to support emergency relief in Japan,” Michelle said. “It was truly an honour to receive the heartfelt thanks of the Consul General, Mr. Hideki Ito, and to see our students’ contribution acknowledged in this way.”

Ayaka Hatakeyama, the first year business student who spearheaded the fundraising efforts at UFV, could not attend the Vancouver ceremony, but wanted to mark the anniversary. “The Japanese Student Club decided to hold another fundraising dinner at UFV,” Ayaka said. “Japan still needs our support to rebuild.”

One year after the earthquake, more than 330,000 Japanese people are still living in temporary accommodations. The work of rebuilding goes on, but people in the affected areas are shouldering a crippling burden: estimates place the cost of reconstruction at more than 23 trillion yen.

Mike Luzia, a UFV alum who was teaching English in Japan at the time of the earthquake, addressed the crowd. His girlfriend, Hui Wan Shi, who is from China, also sang a Japanese song to entertain the guests.

Onagawa, the town where they lived, was completely destroyed by the tsunami. Mike’s girlfriend barely escaped as she sprinted uphill with the flood on her heels.  Read the story in Mike’s own words.

The $300 raised through the Love for Japan fundraiser was forwarded to the Canadian Red Cross and earmarked for Japan relief. 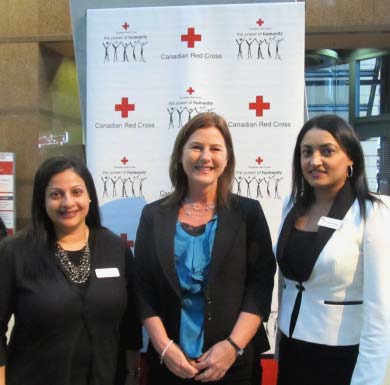