It takes a village to raise a child, goes the popular saying. Well, it takes a non-monogamous group of communist birds to raise a smooth-billed ani (a species of large bird in the cuckoo family). 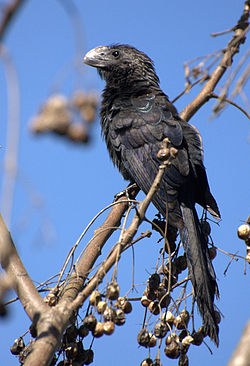 UFV biologist Greg Schmaltz is interested in the intimate details of the smooth-billed ani community, and will be revealing some of them at a lecture at the university next week. Schmaltz will be the featured speaker in the University Lecture Series on Wednesday, March 7, at 4 pm in room B121 on the Abbotsford campus.  Admission is free and the public is welcome.

The smooth-billed ani is a resident breeding species with habitat that stretches from southern Florida,  to the Bahamas, the Caribbean, parts of Central America, and south to western Ecuador, Brazil, and northern Argentina. Schmaltz’s lecture will draw from field research he has done in Puerto Rico.

It’s not all peace and love in the ani community. These birds don’t live in monogamous pairs. Rather, they live in groups of up to 17 adults, and all the female group members lay their eggs in the same nest. This nest-sharing practice doesn’t come without power struggles. Females have been known to compete for access to the incubated clutch of eggs by burying each other’s eggs under leaves and nesting material. Males or females may also decide to toss eggs out of the joint nest. Things do settle down eventually, and group members co-operate after the egg tossing/burial stage and share incubation, territory defence, and care of young, though not evenly.

During his talk, Schmaltz, a behavioural ecologist, will examine some of the reasons why these birds decide to live in groups. He will also highlight various types of conflicts that are part of this unusual mating system.
As Schmaltz tells it, behavioural ecologists are interested in the basic essentials of life of the species they study: habitat, food, and sex.

“When I was doing research for my master’s degree, I became interested in foraging behaviour, or the acquisition of food, among house sparrows. Once you start investigating food and the group living dynamics associated with it, it leads to sex, or mating behaviour and systems.” 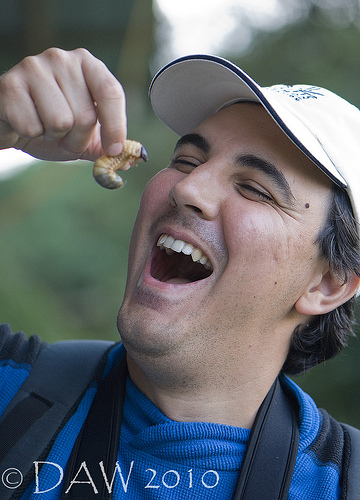 In the case of the smooth-billed ani, it’s a classic question of “who’s your Daddy?” or Jerry Springer for the avian set, Schmaltz says.

“We’re interested in seeing how females work to provide advantages to their own offspring, and why it makes sense for some types of birds to live monogamously, and for others, such as the ani, to live in groups.”

Research such as this has an applied side in that it can help with conservation efforts, he says.

“If we know how a species functions in a social grouping, it gives us a sense of how to preserve habitat for it.”

Schmaltz and his UFV biology colleague Dr. Debbie Wheeler will be leading a biology study tour to Ecuador this summer.