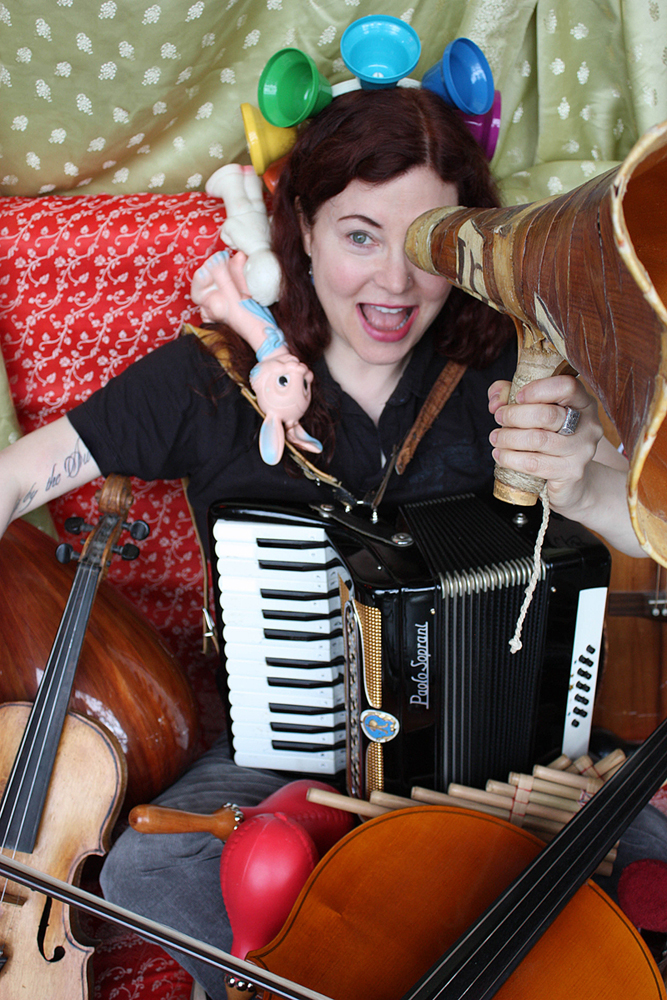 A Vancouver billboard questioning the social value of art inspired Davida Kidd to dive into her latest project.

“Who Needs Art When You Have a View Like This!” was the influential phrase sprawled above the Cambie Street Bridge. It’s also the title of Kidd’s new body of work, and of an upcoming lecture she is presenting as part of the University Lecture Series at the University of the Fraser Valley.

The lecture takes place on Wednesday, Feb. 1 at 4 p.m. in room B121 at the UFV Abbotsford campus.

Kidd, an award-winning artist and UFV instructor, will be talking about how her artwork has changed over the years and how it led her to her latest project, which saw her collaborate with the homeless in New Westminster.

Growing up on the prairies, Kidd studied printmaking and specialized in photography and graphic design. At the time, her imagination was fed by post-war sci-fi movies and cartoons.

Following her move to B.C., her artwork shifted. Instead of focusing on dimensions, shapes, and forms, she turned to narrative storytelling, inspired by the province’s multiculturalism.

Kidd’s most recent project has provided her a new, unusual perspective.

Two years ago, Kidd rented a small studio space above a thrift shop. There, she befriended a homeless man after realizing they both had something in common: collecting stuff. After connecting with his friends, they quickly began collaborating on Kidd’s project.

The product is a collection of photographs that blur the line between illusion and reality, mixed with buttons and t-shirts and posters showcasing the faces of those who helped her.

“I began working with these people and realized they deserved to have a face,” said Kidd, who was inspired by their creativity and resourcefulness. “It’s about bringing their face back into their own neighbourhoods.”

Kidd is hoping the exhibit challenges the way that one’s status is judged in Vancouver.

“People that are living outside the acceptable framework are still a part of our community fabric. They recycle and they have an ear to the street. They know what businesses are going under, what developments are going up, and who has an old collector car tucked away in their backyard.”

Kidd used the phrase from the billboard to further her message.

“The statement ‘Who Needs Art When You Have a View Like This?’ is saying that a view is more important than art — it’s belittling the idea of art and collecting. And when you read the title of the show, and then you see the artwork, you understand the play on words — that you’re seeing the city from a new view.”

This body of work has already been shown in a public gallery in Burnaby.  Kidd is now working to have her pieces showcased in a public setting around New Westminster, recognizing those who assisted her.

She’s also planning to add an element of audio and video to the series.

Overall, Kidd is hoping the exhibit and her upcoming lecture will open the doors to discussion.

“I want to inspire people to engage in their own storytelling and relive their own experiences. For the artwork to be a catalyst — that is the ultimate goal.”

art, Davida Kidd, University Lecture Series, Who Needs Art When You Have a View Like This?

Update: UFV closure/class cancellations due to power outage
Human Rights and the ‘War on Terror’