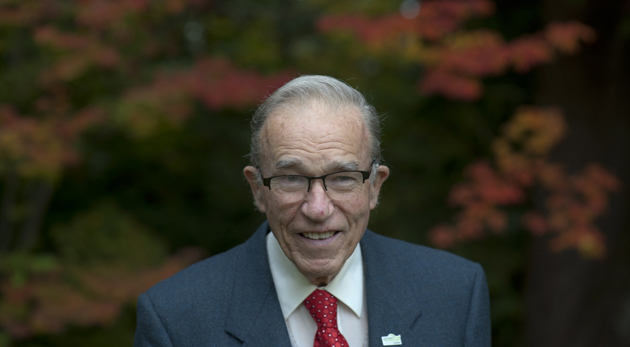 Dr. John Lennox has an “Everest attitude” when it comes to learning.

A few years back, while in his mid-sixties, and after a lengthy medical career, much of it working overseas teaching pediatrics with his wife Dr. Ruth Lennox, he decided to go back to school. It wasn’t because he needed to. He had a busy medical practice in Abbotsford, and prior to that had managed small hospitals in Africa and northern B. C. But at the age of 67, the good doctor earned his BA in Adult Education from UFV.

When asked why he would do such a thing, he laughs and quotes Sir Edmund Hillary.

“Well, it’s just because it’s there.” Another hearty laugh, but this time the answer tells the tale. “I had the time, I wanted to learn more, and I wanted to be involved with young people.”

While Lennox is proud of the latest framed degree, he didn’t return to school because he wanted to cover his wall with certificates. The fact of the matter is, the university is ‘there’; right beside his home on King Road in Abbotsford. The draw was far too strong for a man passionate about lifetime learning to not “dabble in a few classes.” Soon, he was hooked, taking more and more part-time courses including art and art history. He was having so much fun learning and sharing his life stories with his classmates, he just kept signing up for more.

“Somebody in the classroom mentioned the university was introducing a new degree program in adult education and I said to myself ‘I’m going to see about that.’ I’ve always been interested in teaching … it’s my life, really, so to go to school and learn more about teaching seemed like a great idea.”

It’s not that he needed to learn how to teach. In fact, UFV instructor Ian Hunt, who taught Lennox several courses, wondered at first why he was there. But he soon recognized Lennox’s lust for learning and joy of life.

“John didn’t need to do a BA in Adult Education; he simply wanted to. He was well qualified, and he could have been doing his work as a graduate student but chose to come here. For him it was more the combination of newness and opportunity that fed what I certainly felt was a passion on his part.”

Ian recalls that while John was a student amongst many other adult learners in the BA program, his passion for teaching and willingness to share stories made him a natural leader, classmate, and role model. Lennox admits he couldn’t spend enough time in the classroom and he had many great stories to share.

“I would like to give a little credit to my father’s blood group for this problem of mine,” he says. “In Scotland, back in 1696 the Scottish came up with a law that every village had to have a system of education for its children and it had to be free. The country also offered five universities, not quite free, but at a reasonable cost to its students. There was no reason not to be educated.” 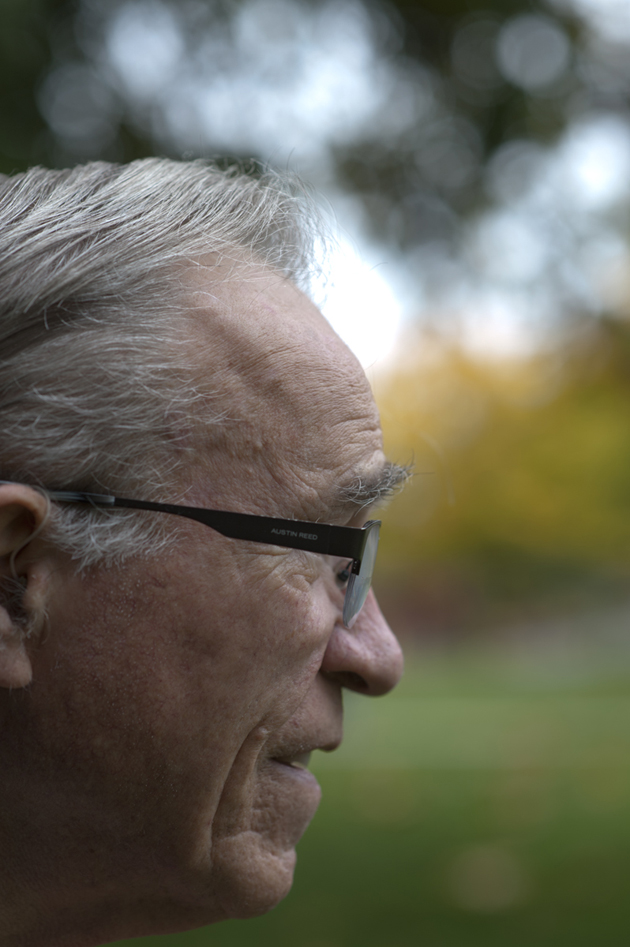 In Grade 3 he wrote a term paper outlining what he wanted to do when he grew up. He wanted to be a doctor and work overseas. It was in medical school that he met Ruth. After graduation the two young physicians married and set off for Africa, where they worked in a missionary hospital.

“We were in West Nigeria for the first two years. The hospital had 120 beds and a midwifery and nursing school. Although I was kept busy learning about local diseases and running the surgery clinic, I found myself spending more and more time with the senior nursing class. I was teaching them medicine and surgery and I was teaching pediatrics to the midwife students. I liked it.”

At that time, measles was pandemic in Africa and very dangerous to young babies. Lennox recalls the invention and introduction of the measles vaccine and how it changed medicine in his hospital.

“It was distressing to me that so many baby boys died in the first two years of life. Males have a shorter life expectancy and in Africa at that time the baby boys seemed to die more easily than girls of common childhood illnesses including malaria, malnutrition, and surprisingly, measles. When the vaccine was invented it was wonderful to be part of the field trials in Nigeria. Thanks to the vaccine, we were almost able to close down our baby and child ward after the vaccination team came through. It was a privilege to be there and witness the effects.”

After Nigeria the Lennox medical team moved to Ghana where they managed a 100-bed hospital that included a midwifery and senior nursing school. More than half the hospital care was obstetrics, and Lennox found himself and Ruth teaching almost constantly.

“There is something about doing a practice in the poverty of third world places,” he says. “It grabs you from the inside and you never get it out of your system. You do hero stuff every day, stuff that you never get to see at home.”

He fondly recalls stories of people he has taught and is proud to say many moved on to England and other countries where they excelled in their medical careers. He even heard that former students who had moved to England found the British qualifying exams easy compared to the tests he would prepare for them.

“It was wonderful to hear from people who would tell me that they realized how well we had taught them in those hospitals in Africa. We took people from tiny African villages, gave them careers and set them on journeys to different countries. I have heard of one fellow who is now an engineer in New York City and it’s wonderful to think I influenced a life like that.”

While John and Ruth delivered thousands of babies and performed lots of Caesarean births during their 10 years in Africa, he realizes the work they did is only a drop in the bucket and that there are women around the world who still need proper medical care.

“Medicine and midwifery have been interesting and busy careers. I have done as many as four Caesarean sections in a 24-hour period and more than 600 during our time in Africa. Yet, it is always sad for me to hear of other countries that struggle today with problems we worked on. For instance even today in Afghanistan, I heard that one woman in 10 might die in childbirth.”

Eventually, John and Ruth decided to put the needs of their children first and they immigrated to Canada. They moved to Peace River and then Chetwynd, where they opened the new government hospital. They eventually settled in Abbotsford, where Ruth was the first female doctor to practise. She was immediately in demand and soon had hundreds of patients. The medical couple didn’t give up on the third world and would take lengthy breaks from Canada for relief work in hospitals in Ethiopia, north India, and Nepal.

After he retired and moved to King Road, it was a natural progression for John to wander over to UFV’s Abbotsford campus. It was the perfect fit for a man who loved to teach and had a thirst for knowledge that could not be satiated. He was such an ideal and unforgettable student that Ian Hunt, who has been teaching at UFV for more than 15 years, still talks about Lennox and uses him as an example of someone beyond retirement who came into and completed the program.

“I really enjoyed his presence in class, as did the other students,” notes Ian. “He was thoroughly engaged with learning — both as a receiver and as a giver. He was a role model to all in his commitment, in his sharing of his own experiences as a health and medical educator in Africa, in his exploring the wider practice of adult education with his fellow students at UFV, in his welcome and openness to learning and participation in his classes and other outside activities. It was a pure pleasure having him in my classes. ”

After he completed the program, Lennox taught some courses for Abbotsford’s Learning Plus Society, and some preventive medicine classes, such as smoking-cessation and health and obesity lessons for his church. He is a proud UFV alumnus and still has a passion for the university. In fact, he recently approached the Alumni Association and put his name forward to be a board member. But after hearing that young alumna Melissa Kendzierski was interested on sitting on the board, he removed himself from the running to allow her to take the vacancy.

But he hasn’t stopped learning.

“Life is about learning. You should spend every day learning something. And you should learn and make mistakes and keep learning. Really, that’s the point. And if you don’t make mistakes along the way, you can’t possibly learn anything.”

These days, Lennox still wanders over to the Abbotsford campus on a regular basis. During a recent evening walk, he stopped to talk to students who had been playing volleyball. Living beside a university and making contact with tomorrow’s leaders keeps him young.

“My experiences with UFV have been extraordinary, including earning my BA in 2000. You meet so many wonderful people on campus every time and you come home with a smile on your face. It’s wonderful to interchange with these young people and know they are working towards making themselves, and our world, better by getting an education and contributing to society.”