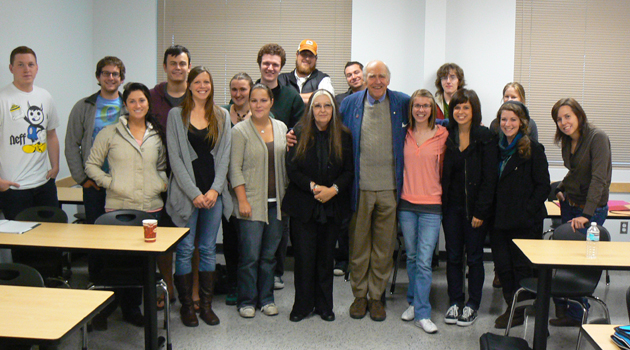 Paul Almond is a landmark Canadian filmmaker who pioneered the development of the Canadian film industry in the 1950s. In over four decades of film-making he directed 120 dramas for Canadian, British and U.S. TV networks, and created the ground-breaking documentary “7Up”.
In 1970, Almond wrote and directed the feature film “Act of the Heart”, starring his then-wife Geneviève Bujold and Donald Sutherland. The film was the first venture of the fledgling organization that developed into Tele-Film Canada, and launched the careers of both Bujold and Sutherland. The film is important in Canadian history and culture because it uses the Quiet Revolution as the backdrop for the story of a young woman who comes to Montreal from rural Quebec, and encounters cultural, social, political and personal change. As an historical document, the film reflects the upheaval in Quebec in the 1970s, as well as the wider unrest caused by the events of the Vietnam war.

Almond’s films have won 12 Genies, he has received a Lifetime Achievement Award from the Directors’ Guild of Canada, and in 2000 was awarded the Order of Canada. A retrospective of his films toured Canada in 2001, and this month he was invited to speak at the Edmonton Film Festival, where “Act of the Heart” was screened as a classic of Canadian film.
Almond graciously accepted an invitation from UFV professor Molly Ungar to visit Hist 322 (Quebec History), show the film to the class, and then meet with students to discuss it. It was an extraordinary opportunity for students to view a film directly related to the area they are studying, but also to meet a creative, enthusiastic, and entertaining intellectual. In the class discussion that followed the film, students wanted to know about the directing process, the motive behind the ending of the film, what the film said about the 1970s, and whether the director would do anything differently in his life, if he were given the chance. Almond brought alive the private world of the writer and director, the Montreal creative scene of the time, as well as the environment of movie stars and deal-making that he knows so well.