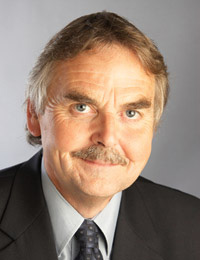 Canadian gardening icon and Fraser Valley community leader Dr. Brian Minter has been reappointed to a second three-year term as Chancellor of the University of the Fraser Valley.

A recipient of the Order of Canada, the Spirit of Enterprise award, and the BC Small Business Excellence award, Dr. Minter is a horticulturist, entrepreneur and co-owner with his wife, Faye, of Minter Gardens — a 27-acre world class tourist show garden — and a destination garden centre in Chilliwack.  He is well known from his magazine and syndicated newspaper columns, TV and radio programs and his best-selling gardening book.

Minter has a strong connection to the University of the Fraser Valley. In addition to serving as UFV’s first Chancellor from 2008 to the present, he taught night school courses in horticulture in the 1980s and was chair of the Board of Governors when Fraser Valley College was transformed into a degree-granting university college in 1991. He is also a donor to UFV. Minter was granted an honorary Doctorate of Technology degree from UFV (then UCFV) in 2001.

As Chancellor, Minter serves as the ceremonial head of the university. He presides over convocation and confers UFV credentials (degrees, diplomas, and certificates). He also acts as an ambassador for UFV and is called upon to represent the institution at major events both on and off campus.

The role of Chancellor is a voluntary one, and was created at UFV when it changed from university-college to university status in 2008. Upon the recommendation of the UFV Alumni Association, and after consultation with the Senate, the Chancellor is appointed by the UFV Board of Governors.

“There is no greater advocate for the university than Brian. The Board is delighted to have him continue as UFV’s Chancellor,” noted UFV Board Chair Larry Stinson.

“We are indebted to Brian for his commitment and support, and extremely fortunate to have three more years of such exemplary service,” added UFV President Mark Evered.

“I’m both honoured and humbled to have been given the opportunity to serve a second term as Chancellor,” Minter said. “I’m very fond of UFV, and it plays a big role in my life. It is a privilege to work with the students, alumni, faculty, administration, board, and staff of UFV and I am delighted that the relationship will be continuing.”

Minter said he has particularly enjoyed the opportunities he has had to interact with students and the public at events such as the federal all candidates meeting last spring, which he moderated. 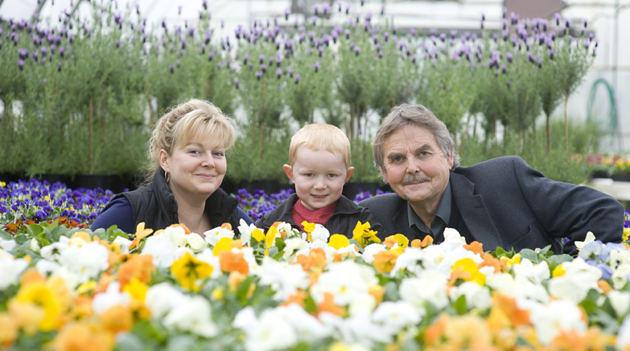 Brian Minter with his daughter, UFV alumna Lisa Bustin-Minter, and grandson Sam from a photoshoot for UFV’s university magazine in 2008.