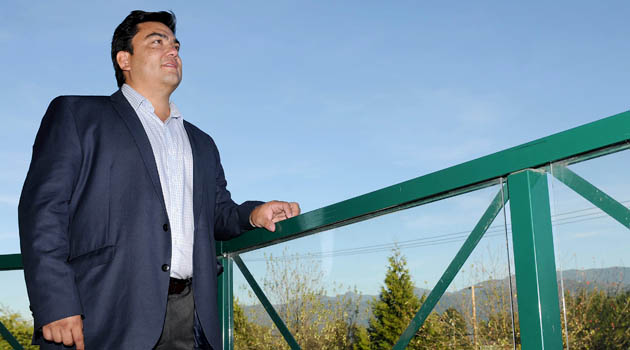 Typically, awards recognize a major strength of the individual receiving them. The winner of this year’s Distinguished Alumni award from the University of the Fraser Valley is being lauded for multiple strengths.

George Hemeon (BA ’04) is being honoured for both his career achievements and his artistic merit.

Hemeon has accomplished a lot in the past decade. The former landscaper earned his Bachelor of Arts degree from UFV in 2004, majoring in criminal justice and minoring in applied ethics and political philosophy.

“The Distinguished Alumni Award was established by the UFV Alumni Association to recognize an alumnus of UFV who has achieved outstanding distinction in career, educational achievement, or community service,” said UFV Alumni Relations manager Nancy Armitage.

“Though there were a number of exceptional nominations this year we were very pleased to select George to receive this year’s award. George has an impressive record of achievement, and we are very proud to be able to present George with this important award. We look forward to seeing his name stand in UFV’s Alumni Hall as an example of leadership to our students.”