English RSS feed for this section 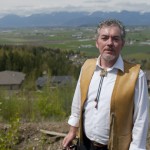 UFV English professor Trevor Carolan has been recognized for his work on a special Cascadia-focused issue of Manoa: A Pacific Journal of International writing. Cascadia: The Life and Breath of the World (issue 25:1 of Manoa), edited by Prof. Frank Stewart (University of Hawaii) and Dr. Trevor Carolan (University of the Fraser Valley, Canada), has […] 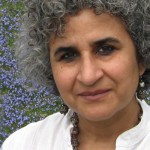 Most of us know that Canadian, British, Australian, and eventually American troops fought in the First World War. But we don’t always think of soldiers from other colonies that saw action in Europe, Africa and Asia to support Great Britain’s war efforts. When UFV English professor Prabhjot Parmar compares the rich sense of history associated […]